Home/Whatever you are, be a good one./Storytelling/5 Storytellers 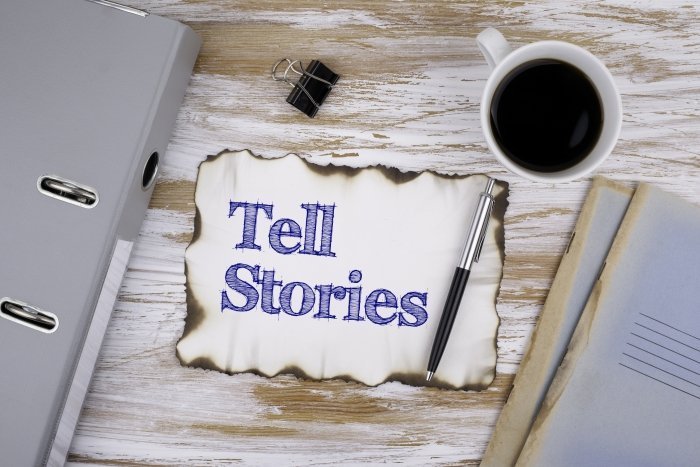 Storytellers Who Ignite Our Fire

These are the leaders who inspire us to reach higher. They light up our spirit and make us believe that we, too, can accomplish the impossible.

Storytellers who ignite the fire include motivational speaker Tony Robbins who tells the story of living in a 400-square-foot apartment and washing his dishes in the bathtub. It includes billionaire John Paul DeJoria who tells the story of living in his car and selling shampoo door-to-door. It includes Shark Tank investor Barbara Corcoran who tells the story of failing at 22 jobs before turning a $1,000 loan from an ex-boyfriend into a real estate empire. “The more uninspiring your origins, the more likely you are to use your imagination and invent worlds where everything seems possible,” says Starbucks CEO Howard Schultz looking back on his experience growing up in a Brooklyn housing project.

Their stories work because we’re wired to crave rags-to-riches stories. Struggle is a part of nature and we find stories of triumph over hardship to be irresistible.

These are the men and women who offer a new way of looking at the world in which we live. They challenge our belief systems.

For example, human rights attorney Bryan Stevenson received TED’s longest standing ovation. Personal stories made up 65% of Stevenson’s now famous TED talk. Harvard researcher Amy Cuddy delivered TED’s second most-viewed talk of all time. She told the story of surviving a brain injury and dealing with the shock of a lower IQ because of the accident. Cuddy thought that sharing such a personal story was a mistake. Until, that is, support from around the world began to pour in. Those stories from people who watched her TED talk inspired Cuddy to write what has now become a New York Times bestseller, Presence.

Effective educators use data to support their ideas; but they rely on stories to move people to open their minds.

These are leaders who run some of the world’s most admired brands such as like Google, Southwest Airlines, the Apple Store, or Unilever.

“Great brands and great businesses have to be great storytellers,” says Apple Store chief Angela Ahrendts. “We have to tell authentic, emotive, and compelling stories because we’re building relationships with people and every great relationship has to be built on trust.” Ahrendts and other brand leaders use the power of story to motivate employees to raise their game. The result is often improved employee engagement, better customer service, lower turnover, and higher profits.

“Storytelling changed my business and my life,” says Las Vegas hotel mogul Steve Wynn. Wynn discovered that the secret to building happy customers starts with happy employees. Employee stories are shared daily in every department meeting and employees are praised and rewarded for playing the hero in a customer’s memorable experience.