8 Ways to Get a Difficult Conversation Back on Track

8 Ways to Get a Difficult Conversation Back on Track 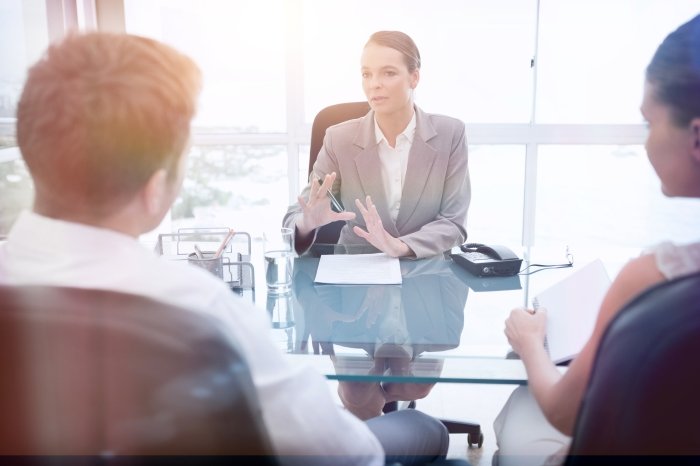 To have more-effective conversations, he needed to add more tools to his conversational toolbox and learn to use them skillfully. Below are eight strategies David put into practice, all of which you can use to get conversations back on track and then move them forward.

Shift the relationship from opposition to partnership. In the midst of a difficult conversation, it’s easy to see your conversational partner as your opponent. Try repositioning yourself — both mentally and physically — to be side by side with the other person, so that you’re focused on the same problem. David told me that trying to convince his team to follow him felt like trying to break into a fortified castle. “How are you trying to get in?” I asked. “I’m trying to break through the wall with a battering ram. It’s the only way in!” he said. David realized that instead of approaching conversations like a frontal assault on a guarded building, it was better to knock politely on the castle door, where he was more likely to be welcomed inside. He now uses the metaphor of “coming around to the same side of the table” to remind himself to seek to build an alliance when a conversation gets stuck.

Reframe your purpose from convincing to learning. Conversations often go off track when we try to get someone to adopt our view or approach. When our purpose is to make another person see things our way, they are likely to resist — and arguing blocks learning and sends conversations into a ditch. No matter how well-spoken and logical we may be, we can’t understand and solve the problem without exploring how the other person sees it. Whenever David fixated on persuasion as his conversational objective, he became ineffective. As Leela explained, “There’s a lot David doesn’t understand. It would be better if he would work with us rather than trying to ram his plans through, but he doesn’t seem to be interested in learning about our experience and expertise.” Consciously shifting into a learning mode helps us gain the insight we need to be creative, to collaborate, and to move the conversation forward. Loosen your grip on your own viewpoint, at least temporarily, so you can make space to take in your partner’s. David employs the mental trick of being a fly on the wall, a neutral, objective third party who’s witnessing the conversation. From that mental perch up, he’s not trying to convince and he doesn’t have the urge to defend his viewpoint. He doesn’t feel invested in either side, so he can accurately see what and how each is communicating.

Verbalize your intention. Transparency helps facilitate productive conversations. Share your purpose and what you hope to achieve with your partner. For example, you might say, “I’d like each of us to get all of our concerns out on the table, so that we can be confident we’re not missing anything.” Ask what they’d like to get out of the conversation. Be explicit, not just about the topic and desired outcome of the conversation but also about process. For example, David said, “I want to remain open-minded and nonjudgmental. Will you let me know if I slip up at this?”

Avoid assumptions. Ask someone who’s just had a difficult conversation what went wrong, and they’ll likely describe what they believe was in the other person’s mind: “He’s totally focused on his own career and couldn’t care less whether the team succeeds.” Or, “She’s after my job. She wants me to fail.” The assumptions we make about another person’s intentions usually reveal more about ourselves than about what’s going on in their mind. Making assumptions also limits our effectiveness because it prevents us from fully understanding the situation and narrows the range of solutions we consider.

Examine the other’s perspective with openness and curiosity. To understand your conversational partner’s perspective, switch off defensiveness and turn on curiosity. Avoid asking leading questions such as, “You don’t want to become known as the difficult person in the office, do you?” Rather, try asking open-ended questions like these: “How does this affect you?” “What’s at stake for you?” “What is this conversation like for you?” “What do I need to understand?” “What would help us to get on the same page?” Thank them for their responses without rebutting what they’ve said.

Acknowledge your part. It’s very easy to identify what the other person has done wrong, and much harder to identify one’s own contribution to the problem. But acknowledging your part demonstrates how to take responsibility and encourages others to do the same. By asking open-ended questions and listening with detachment, David came to see that his desire for fast results led him to cut off discussion too quickly, giving his conversational partners the impression that he wasn’t interested in their ideas.