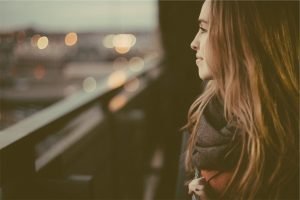 From Entrepreneur, Maite Baron discusses two mindsets which she describes as SUPER– an Super+.  These mindsets lead to very different results.  She writes:

“In my book Corporate Escape: the Rise of the New Entrepreneur, I coined the terms SUPER– (negative) Generation and SUPER+ (positive) Generation to separate the two opposing mindsets I see prevalent in organizations and society as a whole, with SUPER being an acronym for the characteristic way in each sees and approaches the world.

So those in the SUPER–  Generation tend to be superficial, focused primarily on their possessions and external appearance. They have an ongoing need to purchase the latest gadgets and want whatever others have.

They are also unfulfilled, feeling “empty” because of an excessive focus on their appearance and “external” things, which don’t really satisfy their inner needs.

Consequently, with few real “anchors” in their lives, they feel left out and often become negative about the future. Without any sense of purpose or direction, this makes them pessimistic, as well as rather self-centered and egocentric. They believe the world is all about “them,” so they’re rarely willing to take responsibility for their behavior and actions or take ownership for their own success.

And since all this makes their lives less than happy, they are restless, always searching for the next “new thing.” Their world revolves around others and what is fashionable, superficial and temporary.

Unfortunately, a large percentage of those in any kind of work and experience fall well and truly into this category.

Then there are those who are members of that other club: the SUPER+ Generation.

These are individuals who don’t wait for things to happen, but who make them happen, which tends to make them more successful.

They aren’t frightened to stand out and be different, which means they are independent thinkers, often with an unconventional outlook and approach.

Driven to succeed, they are energetic and passionate about making a difference, which frequently comes through in their innately entrepreneurial approach to life, taking responsibility for their own actions.

Finally, they believe in making things happen through a collaborative approach, which is why they are relational, global thinkers who are able to see beyond “me” and “you” to “us.”

As an entrepreneur, business owner or manager, who would you want more of on your side?

Those in then SUPER+ Generation I suspect, because it’s they who will drive companies and societal evolution forward. They are the leaders of tomorrow.

And since this fundamental division between generations goes largely unrecognized, businesses continue to employ based on other criteria — normally the traditional CVs and cost — a short-term approach that can leave mature professionals with plenty of knowledge and industry experience standing on the wrong side of the door. However, given increasingly volatile, uncertain and complex economies and global markets, if you really want to make things happen in the best way, experienced heads are often still needed alongside the energy and new perceptions of those who are younger. You are created to work with others, to collaborate and learn together, not to be in constant opposition.

The great thing is that at any moment you have the power to create the professional world you want to be part of. One in which where you come from, your age and gender, or and what you have done before is less important than your vision of what is possible.

When the future is created one step at the time, isn’t it time to see beyond the generations?…”

Read the full story at  Age and Experience Don’t Matter. Mindset Does..