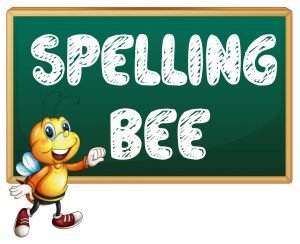 “The concept I’m referring to is called growth mindset, popularized by Stanford University Professor Carol Dweck. Here’s how Dweck describes the difference between a growth mindset and a fixed mindset:

In a growth mindset, people believe that their most basic abilities can be developed through dedication and hard work—brains and talent are just the starting point. This view creates a love of learning and a resilience that is essential for great accomplishment. Virtually all great people have had these qualities.”

Dweck and other researchers have found S-U-C-C-E-S-S in boosting students’ academic achievement after training them about the brain’s ability to grow and change using an online program called “Brainology.”

So what does this have to do with the National Spelling Bee?

I don’t know the co-champions, so I can only speculate about their approach to learning. But they won the bee only after repeated trips (five for Shivashankar, the sister of a past champion, and six for Venkatachalam) and years of hard studying, which would seem to suggest a willingness to stretch, struggle, and try new approaches.

“It was the culmination of all the hard work of the past six years,” Venkatachalam told the Washington Post. “I’m finally happy to have success.”

Indeed, even competitors who fall short of winning at the National Spelling Bee demonstrate a similar approach. In interviews with their local papers, multi-year competitors described changing their methods of studying over time from memorizing lists of words to a more sophisticated approach that involves learning word roots and meanings….”