“Everybody is a genius. But if you judge a fish by its ability to climb a tree, it will live its whole life believing that it is stupid” — Albert Einstein

“It’s not that I’m so smart, it’s just that I stay with problems longer.” — Albert Einstein

“Make everything as simple as possible, but not simpler.” — Albert Einstein

“The difference between a successful person and others is not a lack of strength, not a lack of knowledge, but rather a lack of will.” — Vince Lombardi

“I firmly believe that any man’s finest hour, the greatest fulfillment of all that he holds dear, is that moment when he has worked his heart out in a good cause and lies exhausted on the field of battle – victorious.”   —Vince Lombardi

“Do what you can with what you have where you are.”  — Theodore Roosevelt

“Far and away the best prize that life offers is the chance to work hard at work worth doing.” — Theodore Roosevelt

“Every great story on the planet happened when someone decided not to give up, but kept going no matter what.” – Spryte Loriano

“The future depends on what you do today.” — Mahatma Gandhi

“Whatever you do may seem insignificant, but it is most important that you do it.” — Mahatma Gandhi

“Never doubt that a small group of thoughtful, committed people can change the world. Indeed, it is the only thing that ever has.” — Margaret Mead

“A ship is safe in harbor, but that is not what a ship was built for.” — William H Shedd

“I am a great believer in luck, and I find that the harder I work, the more I have of it.” — Thomas Jefferson

“I can’t stand whining.  I can’t stand the kind of paralysis that some people fall into because they’re not happy with the choices they’ve made. You live in a time when there are endless choices … Money certainly helps, and having that kind of financial privilege goes a long way, but you don’t even have to have money for it. But you have to work on yourself … Do something!” — Hillary Clinton 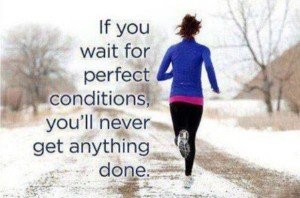 “Talent is cheaper than table salt. What separates the talented individual from the successful one is a lot of hard work. ” —Stephen King

“To sit back and let fate play its hand out and never influence it is not the way man was meant to operate.” — John Glenn

“Forget about all the reasons why something may not work. You only need to find one good reason why it will.” — Dr. Robert Anthony

“Too many people are thinking the grass is greener on the other side of the fence, when they ought to just water the grass they are standing on.”  —  Amar Dave

“We are what we repeatedly do.  Excellence, therefore is not an act but a habit.”  — Aristotle
“The important thing is to learn a lesson every time you lose.”  — John McEnroe
“Any jackass can knock down barn door, but it takes a carpenter to build one.”  — Sam Rayburn

“The secret of life, though, is to fall seven times and to get up eight times.”  — Paulo Coelho

“A smooth sea never made a skilled sailor.” — English proverb

“It does not matter how slowly you go as long as you do not stop.” — Confucius

“If you’re not making mistakes, then you’re not doing anything.”  — John Wooden

“Do not wait; the time will never be “just right.” Start where you stand, and work with whatever tools you may have at your command, and better tools will be found as you go along.”  — Napoleon Hill, Writer 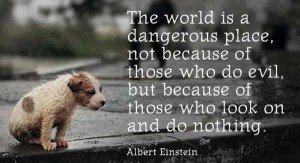 Thank you to Global Equality for the images.

Thanks to www.sevenquotes.com for posting this.

For more great quotes, visit a site recommended to me by Mia, Self Improvement: Inspirational Quote. Thanks Mia!