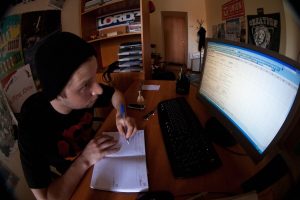 Alex Quigley discusses recent studies that add to the knowledge about interventions to teach students about a growth mindset and provide guidance for future efforts.  Alex discusses recent research from the University of Portsmouth and says:

This ‘Changing Mindsets‘ study isn’t the only recent growth mindset orientated research. The study, ‘Mind-Set Interventions Are a Scalable Treatment for Academic Underachievement’, by Paunesku, Walton, Romero, Smith, Yeager, Dweck (2015), has also shown promise regarding the impact and scalability for growth mindset focused interventions. Some of the messages are similar to the study above: both were student focused interventions; they were both relatively short interventions (though the Dweck study used technology); they both focused on the message that intelligence is malleable etc….

Now, both studies recognise their limitations and, like most good research, they recommend replication, better future studies that stand on their shoulders and testing their findings in different contexts. My view: the message of the malleability of the human brain and the power of effort and resilience is, as the Americans would say, a no brainer. How we convey that message, however, may need work and some subtle design and application. Quick, well targeted and stealthy growth mindset interventions may well prove our best bet given the growing evidence. …”