How Do You Get to Carnegie Hall? Talent

Home/Grit/How Do You Get to Carnegie Hall? Talent

How Do You Get to Carnegie Hall? Talent 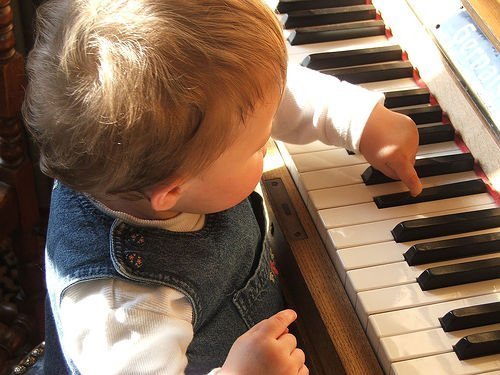 From the New York Times, Benedict Carey discusses the debate between the relative importance of practice and native talent in the pursuit of elite performance.  A 2014 paper by Zach Hambrick, a psychologist at Michigan State University, Brooke Macnamara, now at Case Western Reserve University, and Frederick Oswald of Rice University concluded that practice was not as important as some had previously argued.  Benedict reviewed the debate and wrote:

“Practice time is critical indeed, and its contribution to accumulated expertise is likely to vary from one field to the next as the new paper found, experts said. Personality is an enormous variable, too, (although partly genetic). “Things like grit, motivation, and inspiration — that ability to imagine achieving this high level, to fantasize about it,” Dr. Kaufman said. “These are things we don’t know much about yet, and need to study more directly.”

But in the end, the most important factor over which people have control — whether juggling, jogging or memorizing a script — may be not how much they practice, but how effectively they use that time….”

While the debate over the importance of practice (or deliberate practice) in elite performance continues, perhaps the focus of the discussion needs to change.  The question shouldn’t be about elite performance because elite performance is, by definition, elite.  How importance is practice compared to native talent for Michael Jordan?  Larry Bird? Magic Johnson? Perhaps elite performers have native talent, practice hard and have some degree of luck.  For example, Joe Theisman’s football career ended with a particularly gruesome injury.  The question shouldn’t be is native talent more or less important than deliberate practice or whether 10,000 hours is the right number of hours to become an elite performer or expert in an area.  The fundamental question is does practice make you better; and there is no question as to the answer.  Is it possible that someone with natural talent (who never practiced) could perform better than someone with less nature ability who had been practicing for 10 years?  I suppose it’s possible, but I wouldn’t bet on it.

Read the full story at How Do You Get to Carnegie Hall? Talent