Does having power make you happy?

Home/Influence/Does having power make you happy?

Does having power make you happy? 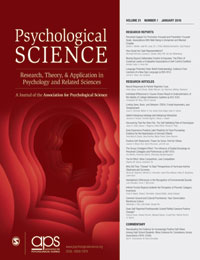 Yes, according to Art Markman in Psychology Today in his review and summary of a report entitled “The Good Life of the Powerful: The Experience of Power and Authenticity Enhances Subjective Well-Being” published in  March 2013 by Psychological Science.  Markman reports that the researchers (Yona Kifer, Daniel Heller, Wei Qi Elaine Perunovic, and Adam Galinsky) conducted surveys and found  that people reported experiencing great levels of subjective well-being in situations when they felt that that had more control over that aspect of their lives.

Markman reports that the “best predictor of this relationship between power and satisfaction was authenticity.”  People reported being happier in situations where they could be themselves.  Other surveys and questions led to simlar conclusions:  if you are in a position of power, then you are able to be more authentic and that “authenticity creates a general sense of well-being.”

The trick is that attempting to gain power may lead to less subjective well-being — people who strive for power are less happy.  Jeffrey Pfeffer suggests that gaining power may be easier than you think and that people should be more conscious of seeking power because they will be happier and live longer.  Both Markman and Pfeffer report that people who have power are happier; perhaps the best course of action is to follow Pfeffer’s guidance on how to seek power while maintaining one’s authenticity.  It may be easier than you think.