Thanks in Advance – gets the best response

Home/Influence/Thanks in Advance – gets the best response

Thanks in Advance – gets the best response 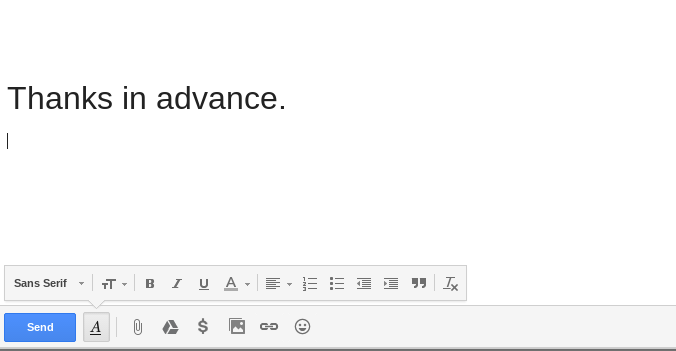 From Fast Company, Stephanie Vozza shares fascinating information from a study on how to get the best response from your email.  Stephanie writes:

The higher response rate with “thanks in advance” makes sense, says Greenley. “The email’s recipient is being thanked specifically for a response that has yet to be written, and that could prompt the person to follow through,” he says. “There’s a bit of posturing involved with this closing, and you do risk coming across as a little aggressive, but it turns out it works pretty well.”

Boomerang’s findings agree with a 2010 study published in the Journal of Personality and Social Psychology called “A Little Thanks Goes a Long Way.” Researchers gave college student participants one of two emails asking for help with a cover letter. Half of the participants received an email with a line that included, “Thank you so much!” while the other half got the same email but without an expression of gratitude. Recipients were more than twice as likely to offer assistance when they received the email that included “thank you.”

“Our parents always told us to say ‘please’ and ‘thank you,’” says Greenley. “The same holds for email. It goes back to an underlying basic tenet of graciousness. It’s saying, ‘I know this is taking up your time and I’m glad you’re reading it.’ It doesn’t always fit, but when it makes sense, it’s a good idea to use it.”