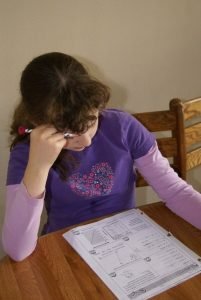 From the New Yorker, Malcolm Gladwell wrote the article The Talent Myth in 2002 and discussed how the “War for Talent” – the effort to find the most talented employees — was flawed and presents other factors that affect results.  Gladwell recounts a fascinating story about the Americans and British efforts against German submarines.  The British had a centralized operations system, shared information, and worked together to avoid German U-boats.  The Americans had a decentralized system and tried to rely on technology.  Only when the Americans organizational structure changed to more closely resemble the British system, were the Americans able to improve their results.

“Carol Dweck, a psychologist at Columbia University, has found that people generally hold one of two fairly firm beliefs about their intelligence: they consider it either a fixed trait or something that is malleable and can be developed over time. Five years ago, Dweck did a study at the University of Hong Kong, where all classes are conducted in English. She and her colleagues approached a large group of social-sciences students, told them their English-proficiency scores, and asked them if they wanted to take a course to improve their language skills. One would expect all those who scored poorly to sign up for the remedial course. The University of Hong Kong is a demanding institution, and it is hard to do well in the social sciences without strong English skills. Curiously, however, only the ones who believed in malleable intelligence expressed interest in the class. The students who believed that their intelligence was a fixed trait were so concerned about appearing to be deficient that they preferred to stay home. “Students who hold a fixed view of their intelligence care so much about looking smart that they act dumb,” Dweck writes, “for what could be dumber than giving up a chance to learn something that is essential for your own success?”

In a similar experiment, Dweck gave a class of preadolescent students a test filled with challenging problems. After they were finished, one group was praised for its effort and another group was praised for its intelligence. Those praised for their intelligence were reluctant to tackle difficult tasks, and their performance on subsequent tests soon began to suffer. Then Dweck asked the children to write a letter to students at another school, describing their experience in the study. She discovered something remarkable: forty per cent of those students who were praised for their intelligence lied about how they had scored on the test, adjusting their grade upward. They weren’t naturally deceptive people, and they weren’t any less intelligent or self-confident than anyone else. They simply did what people do when they are immersed in an environment that celebrates them solely for their innate “talent.” They begin to define themselves by that description, and when times get tough and that self-image is threatened they have difficulty with the consequences. They will not take the remedial course. They will not stand up to investors and the public and admit that they were wrong. They’d sooner lie….”

Read the full story at The Talent Myth