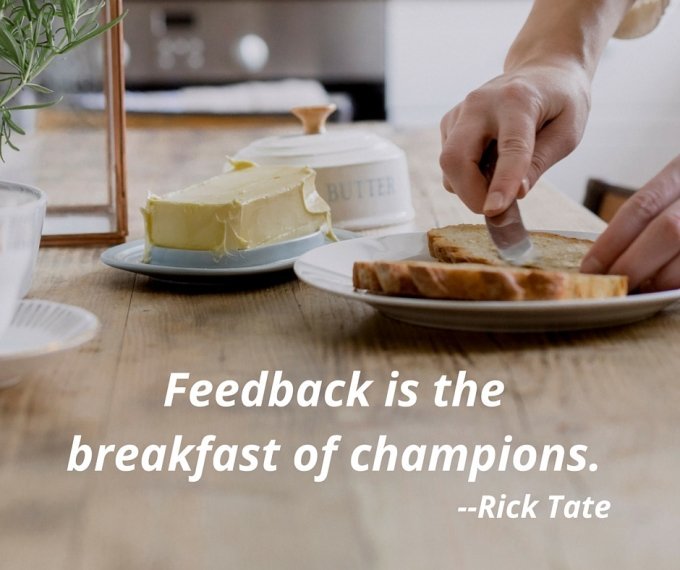 Step 1: Embrace emotions. It’s only natural to get upset when someone gives you negative feedback. I’ll be the first person to tell you that. So let yourself be upset. Don’t try to stifle that feeling of injured pride, anxiety, or anger. Reach out to someone outside work and vent. Allow your emotions to subside before moving forward.

Step 2: Don’t demonize. Everything flows from this decision. It takes discipline to avoid labeling someone else as a jerk (or worse) because they gave you negative feedback. Think of it as a very awkward way of investing in you. Remember, that person only take the time to offer feedback because they still care about you!

Step 3: Prioritize. You may have to sort through a few different pieces of feedback and determine what’s actually worth tackling. Ask yourself: “Is the juice worth the squeeze?” That is, what’s the one thing that I need to address right now? What will make the rest of my life easier? What will cascade down to other aspects of my work in a positive way?

Step 4: Piggyback on a skill. Take this one key area for self-improvement and take a minute — even ten seconds — to think about how you currently behave. Now identify a way you can alter this behavior to improve yourself. For example, I talk too much during meetings. It’s not realistic that I’ll ever stop talking a lot, but I could focus on asking questions instead of making comments.

Step 5: Commit. Incentives are better than discipline. It would be awesome if we did the right thing all the time. But that’s a fantasy. The best way to incentivize yourself is to create an environment of accountability. You will naturally figure out ways to change. So contact the person who gave you the negative feedback, thank them for it, and schedule a time to meet that’s about a month away. Tell them about your goal to change, and how you’re measuring success.

These five steps provide a path for turning around harsh feedback.  William also says you can adapt them to your own situation — “You’re of course free to discard, change, and otherwise adapt as needed.”